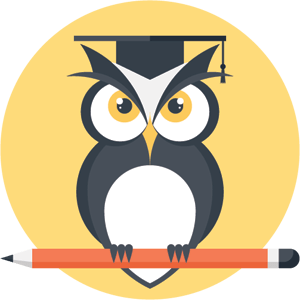 Psychology and neuroscience have focused early on motivation and its relation to addiction, trying to understand why a person decides to adopt one type of behaviour even if it may become compulsive and harmful. Caffeine is one of these substances that can trigger an addiction. It is a psychoactive substance which works by inhibiting the action of a neurotransmitter, the adenosine, present throughout the body. Although caffeine is linked to coffee which it takes its name, this alkaloid found in a variety of products. Tea and chocolate contain and is found in large quantities in plants such as kola nut, guarana and yerba mate. There are also in various soft drinks (especially colas) as well as in several drugs, including painkillers and drugs to relieve the symptoms of colds and flu.
Its effects on the performance of an individual are various: caffeine would reduce reaction time and improve individual performances and therefore encouraging the individual to ingest caffeine to keep reaction times to the highest possible level. Thus, caffeine can be considered as an inventive leading to reward and which can create dependency on a more or less medium-term.

Terry Robinson and Kent Berridge have attempted to develop a theory of addiction called the Incentive Sensitization Theory of Addiction by which repeated exposure of the nervous system to addictive drugs, such as caffeine, may cause incentive sensitization. This term describes a change in the properties of the motivational processes that underlie drug seeking and drug taking. It is therefore important to understand whether caffeine improves the performance of an individual, provoking then a feeling of pleasure.

To test this hypothesis, a pilot project has been conducted with two people to whom it was asked to take a coffee (Espresso) and then to catch a ruler.
It usually takes a dose of 60 mg of caffeine for a significant effect that can last for several hours. The average quantities of caffeine in a cup of coffee were extracted from a study made by Health Canada which web site provides the following information based on a research from Shils & al.:
“The following is provided to assist consumers in understanding the contribution of various foods to caffeine intakes.
Coffee Serving Size
(unless otherwise
stated) Milligrams of
Caffeine
(approximate values)
oz ml
Brewed 8 237(1cup) 135
Roasted and ground, percolated 8 237 118
Roasted and ground, filter drip 8 237 179
Roasted and ground, decaffeinated 8 237 3
Instant 8 237 76 – 106
Espresso 8 50 89*
* Average measured during an analysis published in 2003: RR McCusker et al, 2003

It is certain that undesirable variables can influence the results of the experiment and interfere on its results. Indeed, many factors influence the reaction time; time can vary depending on the attitude of the participant, the preparation time that is necessary, and also the duration, the extent of experiment, etc. Other factors may also have an influence such as the environment. The design of the experiment tried to take into account these extraneous variables, including carrying out the experiment in the same place at the same time.
Other factors known as confounding variables such as intellectual level, gender or age could also affect the reaction time.

Method
The hypothesis was tested using a “within-participants experiment” to minimize the impact of individual differences, the response time of each individual being measured before and after ingestion of caffeine.
However, for this pilot, only two participants have been selected while a full study would require the recruitment of more participants in order to have significant results which will less depend on individual physical and mental status.

Strict selection criteria were established to limit the impact of confounding variables: Participants have the same sex, about the same age and the same level of education. In addition, for ethical reasons, they should not have medical cons indications to the ingestion of caffeine such as heart problems or be addicted to caffeine as the experiment could reinforce the effects of this addiction. So, a questionnaire was sent by email to five of my colleagues explaining the experiment and asking the following questions:
– To your knowledge, do you have any medical cons-indication related to the caffeine such as allergy, heart problem insomnia, anxiety, ulcers, or hypertension?
– Do you think that you are addicted to coffee or tea?
The three objectives of this questionnaire were to set up a group of participants as homogeneous as possible, to meet safety and ethics standards and to minimize the effect of extraneous variables.

Two co-workers were recruited. There were two women of about forty with the same level of higher education. For ethical reasons the other persons have been informed why they were not selected.

The experiment took place one morning at 9 as experiments show that effect of the caffeine is stronger early in the morning (Kamimori GH, Johnson D, et al.). He had been asked participants not to take caffeine in any form whatsoever, tea or coffee, since the evening before.

Upon arrival, the purpose of the experiment was explained to the participant. It was asked if they were still willing to participate to this experiment and if so, to sign the informed consent. They were also informed that they can withdraw at any time and that the results will be communicated at the end of the experiment.”

The following protocol was then followed: the researcher hold a ruler vertically at its top while one participant put his hand to the zero mark at the bottom of the ruler. The researcher waited for a period of time which is variable before letting go before the ruler. The person being tested must catch it. The duration between the time when the ruler is dropped and when to it is caught was the reaction time of the participant. It is measured according to the scale read on the ruler, at the point where the participant grabbed the ruler.

The two participants made the test and the results were noted in a table.
Then, each participant drank an espresso (single shot: 50 ml) which contains in average 89 mg of caffeine. The experimenter waited 30 minutes to let the caffeine time to act and then repeated the test. The results appearing on the scale were again noted in the same table.

The results were shared with participants explaining that they should be treated with caution because other parameters could interfere with the results: fatigue, stress…
Results
The results in the table were as follows:
Participants Condition 1
(pre-test without caffeine) Condition 2
(test after ingestion of caffeine)
1 12 10
2 10 9
3
etc

The diagram obtained from the results is as follows (the form of histogram has benne chosen as the number of the participants is low but function graph would be more suitable in case of a large number of participants):
According to the results, caffeine reduces reaction time. But because of the size of the sample, this result cannot be considered as meaningful. If the number of participants was most important, a more reliable statistical analysis could be made. This would have shown more precisely the influence of caffeine on reaction time and whether caffeine actually decreases the reaction time and therefore if the null hypothesis could be rejected.

The mean and standard deviation could be calculated in order to evaluate the average reaction time with or without caffeine and see how many people are away from this average.

A student’s t-test could be also carried out to compare the average data from the two groups. The objective is to obtain a “t” value that indicates how the two sets of data overlap. If the overlap is strong and so if the value of t small, we can conclude that caffeine has little effect on the reaction time of the participants and the null hypothesis is accepted. If the value of t is large, the two sets overlap only partially and therefore the null hypothesis is rejected.

Discussion
Studies show that indeed caffeine reduces the reaction time but an experiment with only two participants is not significant in scientific terms to prove this claim. A larger sample is needed, especially if the results should not be influenced by the personal status of each participant.
Compared to the first project submitted, the hypothesis and the methodology of the experiment were simplified. The first project was more ambitious and included a study of the action of caffeine according to the gender of participants. But the number of participants was limited, the working hypothesis was amended towards a directional hypothesis, namely caffeine reduces reaction time.

The test of the ruler is a simple test to perform. The problem is that individual performance can affect the results and act as variables confounding, hence the need for a large group of participants, more than 20 if possible.

The questionnaire for the selection of candidates is also an important step of the experiment: First, for ethical reasons, to ensure that there are no medical contraindication-cons to caffeine as caffeine is a psycho active substance this can have side effects; Then for scientific reasons to form groups as homogeneous as possible and try to limit the confounding variables. The problem of how much caffeine to be given to participants came up in order not to be harmful. Researches have been made on the Internet but medical advice at this level would have been useful.

The experiment is to renew on a larger scale and be a part of a larger study on the influence of caffeine on the motivation and addiction. In this respect, it could be supplemented by a series of questions to be asked to the participants on the feeling of pleasure when improving performance under the effect of caffeine, if any, and if this feeling would encourage them to take this substance.

Health Canada (2000) Caffeine in Food (on line) in http://www.hc-sc.gc.ca/fn-an/securit/addit/caf/food-caf-aliments-eng.php